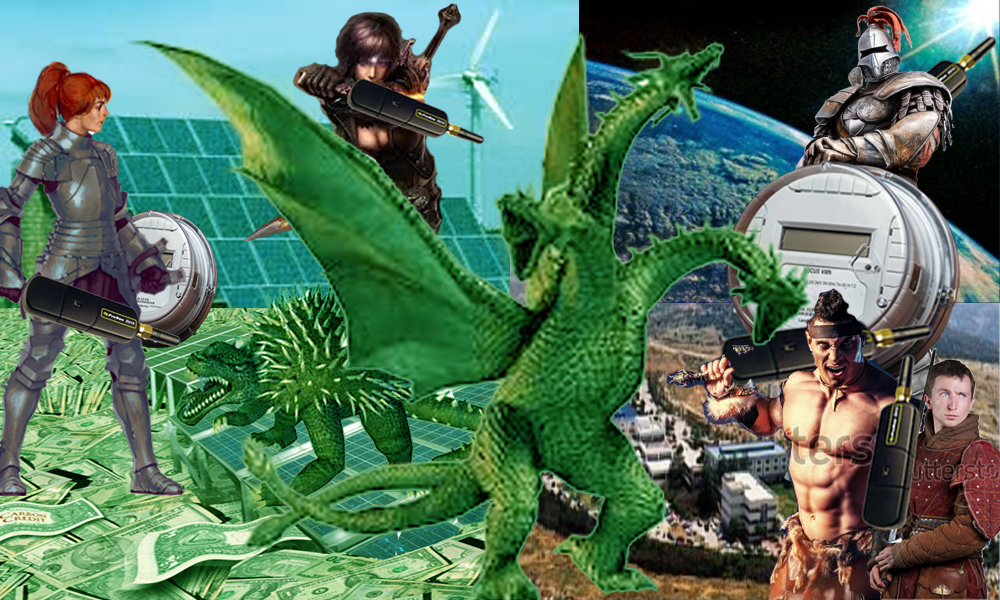 The PowerMasters ™ game series has been designed to educate the public in a fun and entertaining way on matters of energy and science. Only an informed public can elect leaders and policy makers that draft & carry out correct energy policy. Furthermore, children of today need to be taught that solving energy correctly is the world’s 21st Century moon shot challenge. Doing this requires discipline and a strong education in science and mathematics. There will be no nobler career than to contribute to this effort. Our future generations depend on it.

All profits from PowerMasters™ products will be channeled into an industry consortium to accelerate the rate of fusion energy science, research, and development. Matter anti-matter annihilation reaction proposals may be considered as well. Social media based video games have the potential to generate hundreds of millions of dollars annually.

Why fund fusion science and engineering? Because it is the only realistic solution to provide energy for a mid-century & beyond worldwide population of 9.5 billion people once hydro-carbon fossil fuels are no longer viable. Fusion is truly “Too Important to Fail and Too Big To Hoard.”

Our comprehensive plan will lead to the demonstration of the world’s first controlled fusion reaction. Like the Wright Brothers first Kitty Hawk flight of 120 feet in 12 seconds, and the manufacturing of aircraft for the U.S. Army 7 years later, the first successful demonstration of fusion will create an energy race like no technological race ever seen. As can be seen in the graphic presentation below, the world’s population is sustained by energy. 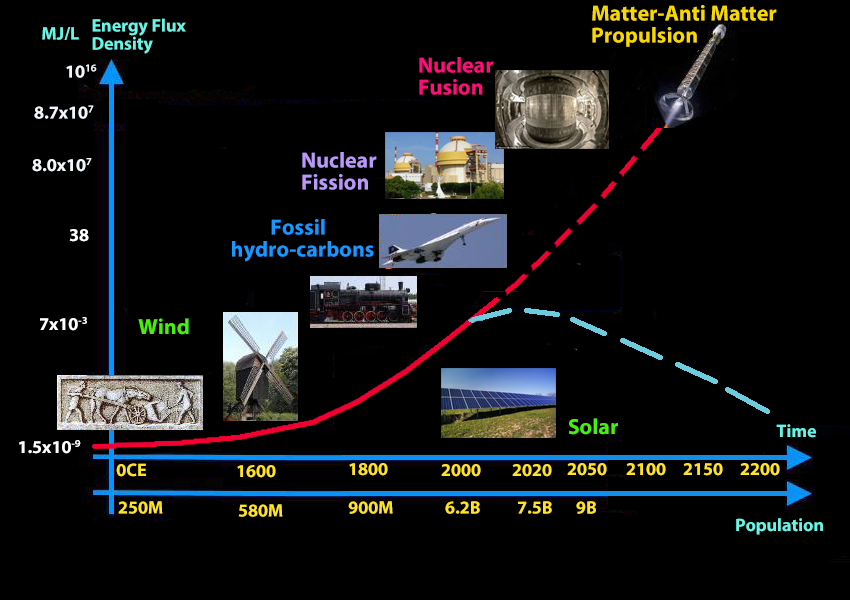 The World is Running Out of Fuel
The United States has 36 billion barrels of oil in proven reserves. We use 19 million barrels per day. If we were to become “energy independent,” we deplete this reserve in 5.2 years. The U.S. Energy Information Administration estimates that we have another 198 billion barrels of technically recoverable oil in the US. However, much of it is considerably more expensive to extract, transport and refine than today’s conventional oil in proven reserves. It also has a much greater environmental impact in terms of land use, fracking, strip mining of oil shale, etc. Assuming we could recover the entire 198 billion barrels while remaining energy independent, we would use all our recoverable oil up within 36 years. That brings us to 2053.
+ More!
- less.

In 2015, the U. S. imported approximately 9.4 million barrels per day of petroleum from about 88 countries. To make America “energy independent” we would have to double our U.S. oil field production from the peak oil production rates of 1971.

Worldwide we have 1,663 billion barrels of proven reserves. Worldwide demand is approximately 95 million barrels per day. At the current demand, worldwide reserves are depleted in 48 years

Definition of terms such as proven & technically recoverable reserves as well as a more optimistic forecast for oil and gas are provided by petro-physicist, Andy May. As he notes, this is offset by the increased demands of China, India, and developing nations.

We have similar issues with natural gas and coal which will be greatly exacerbated by the need to produce synthetic liquid fuels and increased electrification of the transportation industry.

And we have not mentioned the fact that 3 billion people worldwide live in “energy poverty” while well over 1 billion people live with no electricity. New coal fired electricity plants are now being built in China, India, and other parts of the developing world. They have a life cycle of about 60 years which is roughly the amount of worldwide economically viable coal reserves once this new demand kicks in.


Can’t we just go solar?
The common refrain “just go solar” is so common it has become embedded in the consciousness of our society. However we can’t “just go solar.” Why? Because it takes over 3,000 times more power (power = energy per period time) to make a solar panel than one panel can produce. To power America with solar only requires over 29 billion panels, batteries not included. It would take hundreds of years to build such a system, yet the panels only last 30 years. We provide the scientific and engineering details in our article “Going Solar.”

An energy miracle is needed
Bill Gates has called for an ”energy miracle.” He predicts innovation will deliver the clean energy the world desperately needs, but only if young people, businesses, and governments step up to the plate. In an annual letter he has called for energy education and a challenge to America’s youth.

Energy from heaven and man
Nature (or God) has blessed our world through the provision of hydro-carbon fossil fuels created from plants and animals over a 400 million year period. Man will use them up in a mere 400 years. Man is also unique having the God given intelligence and wisdom to solve the energy problem beyond fossil fuels. -Pat Boone “Nature’s Energy”

The Energy Trap
The worldwide Energy Trap has been set.  It has taken nature about 400 million years to produce our oil, natural gas, and coal.  Man uses that up in just 400 years.  At present demand & production rates, about 50 years of economically viable, extractable, fossil fuels remain. Solar is not sustainable because it takes more energy to produce the solar panels and related electronics than they can produce in a useable production cycle.  The same is true for wind turbines and agri-biofuels; hence the Energy Trap.  There is only one solution which is the direct conversion of Mass to Energy.  We have done this in a small way with nuclear fission. Short of that a massive population reduction of 20 fold is inevitable. Only a quantum leap can spring us out of the Energy Trap.
+ But wait! There's more!
- less.

Setting aside the issue of energy return on energy invested described in the Energy Trap, running America on just solar power for electricity only (no transportation, industrial, and agricultural use of energy) would require a perpetual, forever work force of 43 million people. Why? Because if we could build and install a 1 square meter solar panel per second it would take over 900 years to install enough panels to meet America’s current electricity demand. Solar panels only last 30 years and batteries less than 10, so it could never get done.

The following table lists the number of workers employed in the different energy sectors and the amount of energy produced by them. For the first four entries the numbers refer to the US only, but for Wind and Solar they refer to global employment and global energy production. The relevant point for comparison is the per capita productivity. Whereas each worker in the Nuclear power produces over 100 GWh/year, the productivity of workers in the wind power sector generate less than 1 GWh/yr, and in the solar less than a tenth of that. At this rate, the solar power sector would need to employ about 43 million workers, or roughly a third of the US workforce, to generate the 4,000 TWh of electricity that the US currently produces and consumes! 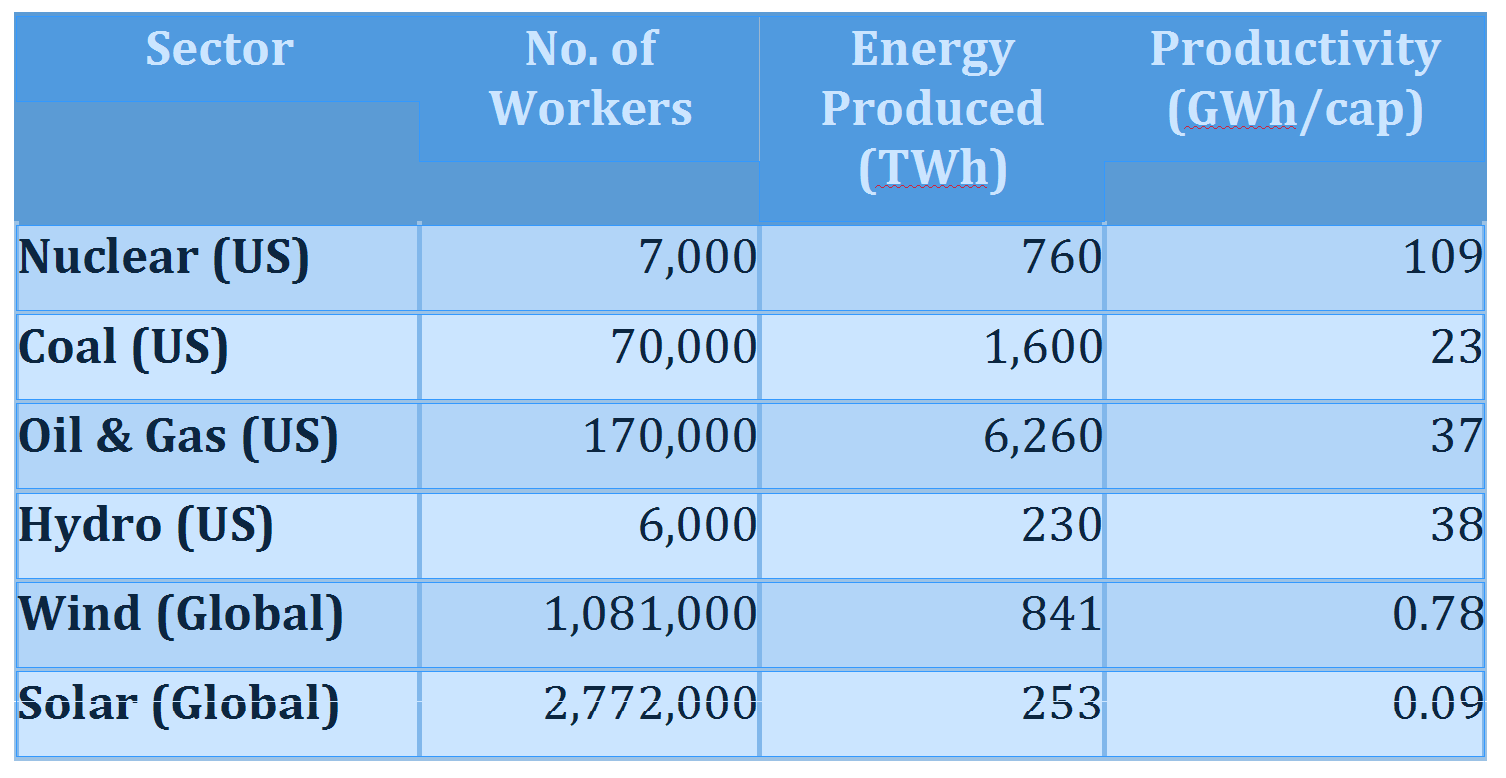 Our game series will allow people to discover the basics of energy and find out where energy on our planet comes from.

PowerMasters™ Game 1 : Scarab City – The Aliens have landed in Ancient Egypt, and have opened trading negotiations with the Pharaoh of Scarab City. The Pharaoh acquires steam power from the Aliens, allowing him to charge up Scarab City with 24-hour lighting. But there is a problem: how to make the steam from water. Do they gather and burn wood, fish for whale oil, mine coal, drill for oil, discover nuclear fission power or propose fusion?

Perhaps the aliens dropped a hint on how they mastered intergalactic space travel to get to Earth. Their propulsion system may have used matter anti-mater annihilation reactions. The aliens knew what Albert Einsteins discovered in the 20th Century - E=MC2.

The PowerMasters™ game series is designed to educate users on the long-term variables of managing power resources. By simulating ancient cities, game players get to see what would happen by making choices in which forms of power to use to meet the demands of a warrior class population.

Granted patents cover the smart meter technology which can also assist in education about power consumption, and reward players for actual energy savings made in the home. 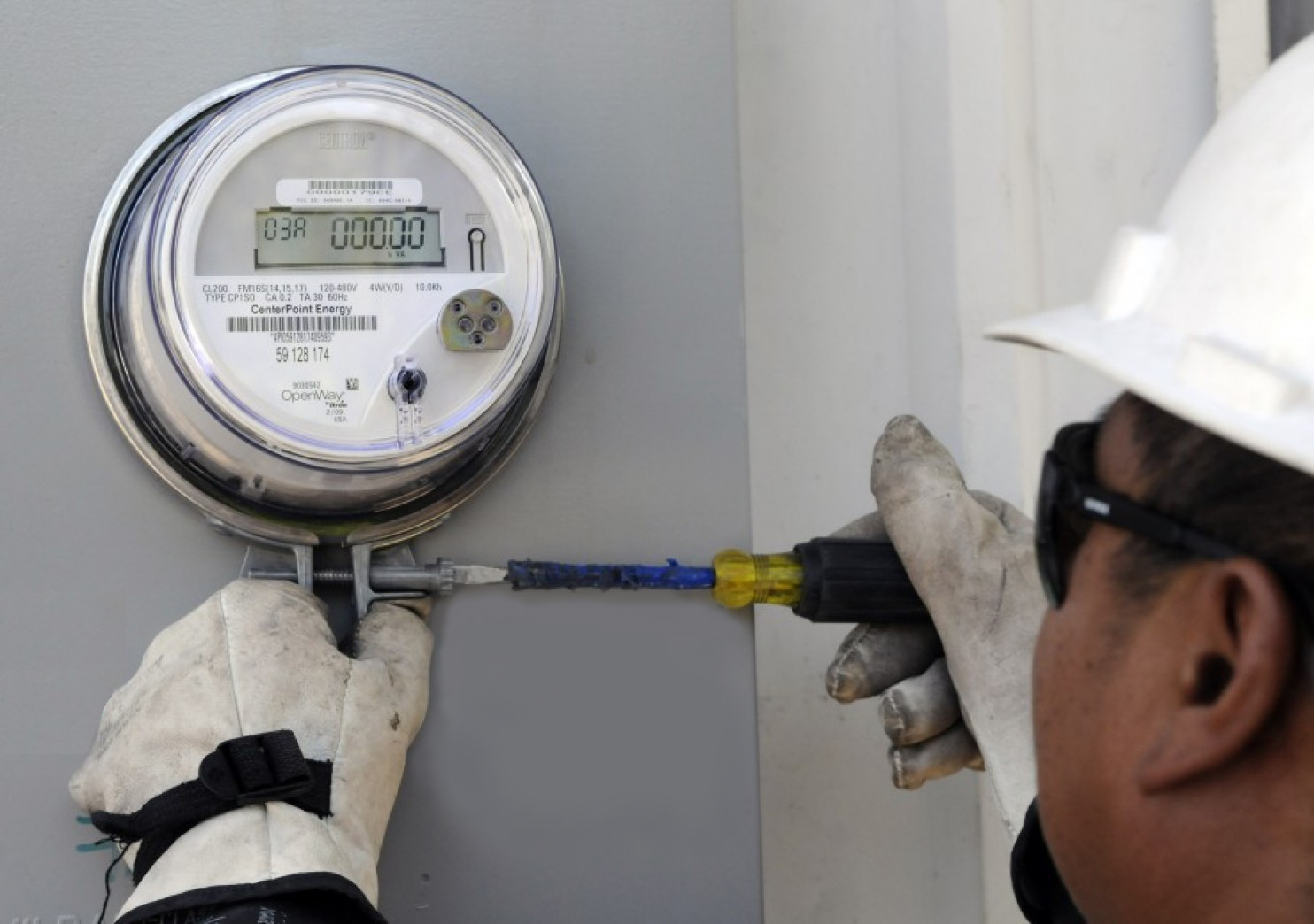